If you have any comments, questions you want answered or would like to be added/removed from our confidential mailing list please send your message to
communications_broadcast@cmh.org.

It contains a collection of short write-ups we want to share with our friends and community partners. These anecdotes and stories are compiled from CMH’s weekly staff communication, e-Cast.

Communit-E-cast is usually published the last Friday of every second month (February, April, June, August, October, December) or the next business day if it falls on a holiday.

On Tuesday, October 24, the wings, levels and room numbers at CMH were changed. Wings were re-lettered into alphabetical order (A to D) and levels were renumbered from 0-4. Room numbers were changed to their architectural number. We did this because of the construction.

Here is an overview of what happened on October 24: 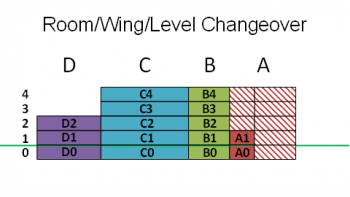 And now for a moment of awesome

In the recently released 2015/16 Ontario Stroke Report Card, the Waterloo Wellington LHIN is noted as the top performer with exemplary performance in Ontario. Furthermore, we are very proud to share with you that our hospital was the ONLY organization to achieve the Rehab Patient Group's Length of Stay target 100% of the time. Congratulations to our Rehab Team! 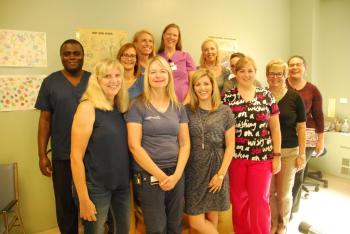 CMH's ED recognized as the most improved for 2016

The Ministry sent us a letter recognizing our Emergency Department as the most improved in our category for 2016. Last year, we showed a 7.3% improvement in the 90th Percentile ED length of Stay for all patients. This was the best within the High-Volume Community Hospital group for 2016, when compared to the year before.  Our hard working staff and physicians shaved 30 minutes of time off of their stay, meaning 90% of the 53,700 patients we saw last year were triaged, diagnosed, treated and discharged or admitted to hospital within 6 hours and 36 minutes. That is simply awesome! Kudos and thanks for everything you do!

Let’s have fun with numbers:

Only two weeks after a successful laboratory accreditation, our Echocardiography department underwent Cardiac Care Network (CCN) accreditation. This accreditation process is a new requirement for echocardiography and involves audits of all documented policies, procedures and processes, including competency audits of our technologists and physicians internally. In addition, external audits are required to be performed, whereby an external cardiologist randomly audits the work of CMH cardiologists; all in the interest of ensuring the best possible patient care and outcomes. Although the official results were not available immediately, CMH was informed at the summation meeting that we did very well. 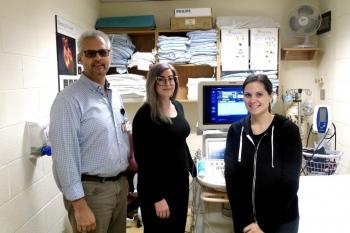 CMH introduced free WIFI as a result of your feedback. This initiative was more than two years in the making to get better access to the Internet throughout our hospital. This is a huge win for inpatients who currently pay to access the Internet, and visitors who will also now enjoy an improved experience when they come into our hospital. 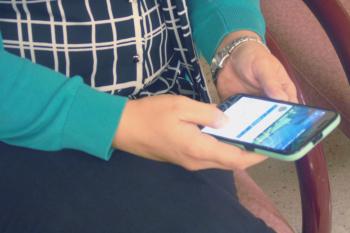 During the last week of June, CMH performed its first electro-convulsive therapy (ECT) treatment on a patient. ECT is a procedure that is done under general anesthesia. A small, electric current is passed through the brain intentionally triggering a brief seizure. This causes changes to the brain’s chemistry that, in turn, quickly reverses certain mental illness symptoms, like depression. 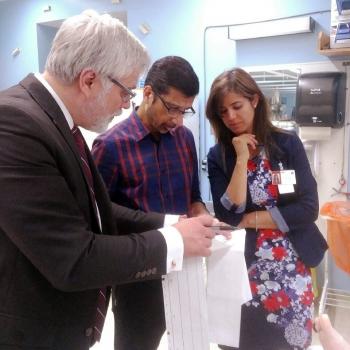 Every four years, hospital laboratories across Ontatio are accredited to ensure they meet the highest standards for quality and competence. On Wednesday, September 13 a team of four assessors began the process of reviewing 465 Laboratory requirements across all lab disciplines, for a total of  approximately 2500 required checks. In all, only eight minor “non-conformance,” were identified, meaning they will be fairly easy to complete. As such, CMH’s Laboratory maintains the highest possible standard of accreditation - ISO 15189 Plus, which only a few laboratories in Ontario currently hold. 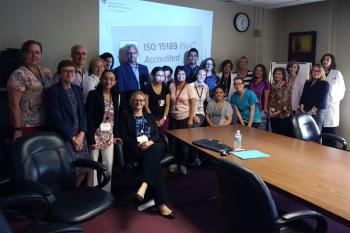 CMH in the news!

CTV visited CMH to profile a piece of equipment exclusive to us - the SpyElite Machine for Breast Reconstruction. Click here to watch the CTV story featuring Dr. Shenker, Dr. MacLeod and one of our patients. 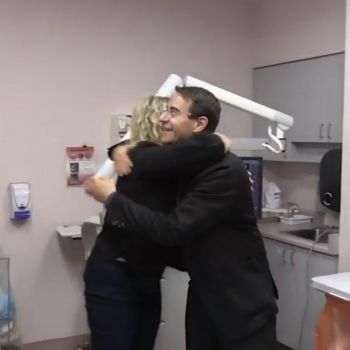 Stay informed on our latest news!

Let someone know you care - send a personalized eCard to a patient's room.